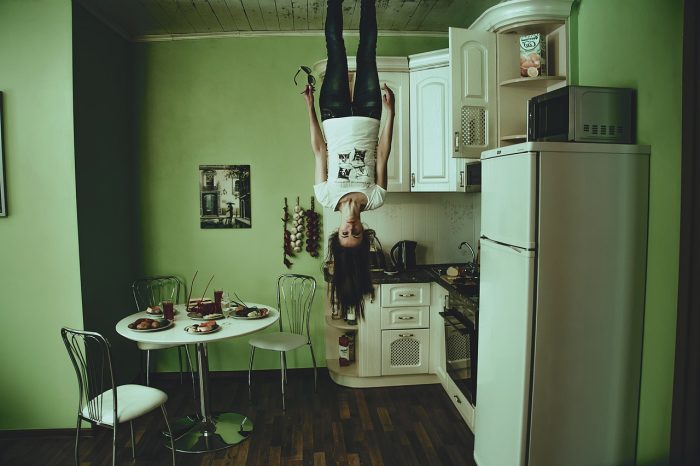 This is an excerpt from my book, The 47 Laws of Success (which you can get here):

The Law of the Glass Ceiling states that whatever you believe you can achieve is the ceiling that determines what you will accomplish.

If you truly believe you can become a chess grandmaster, you might achieve that goal. But if you don’t believe that it’s possible for you, you certainly won’t ever achieve it.

You will never rise beyond what you believe you can be and achieve.

In fact, the general rule is that you will most often achieve slightly less than you believe you can achieve.

Let me tell you a story to illustrate what I mean.

About fifteen years ago, I met Crystal, who was a young, aspiring actress.

Her dream was to make it big in Hollywood. And she wasn’t afraid to tell people that she would be famous one day.

But, for years, she had a day job in an office and lived in a small city in the Midwest.

She managed to get a few roles here and there in commercials and local productions, but she never got her big break.

For fifteen years, she spent most of her evenings hanging out with friends from work, and, on the weekends, she helped her mom with her small real estate business.

Today, Crystal is a server at a restaurant in a city close to the town where she grew up.

She married a nice guy she met at work, and they now have two small children.

She hasn’t had an acting job in a few years because she’s been too busy. But she still claims to be waiting for her big break.

Judging from the outside, you might look at Crystal’s story and think that she’s lazy, or that she doesn’t have the drive needed to succeed.

Or you could conclude that she lacked the talent necessary to become a successful actress.

I don’t know if these things are true. We’ll probably never know.

But the thing I do know is that she’s never been able to raise the glass ceiling she built for herself fifteen years ago.

The main thing that prevented her from having greater success was her belief in herself.

She never moved out to Hollywood because, deep down, she doubted whether she could actually make it.

She settled for local acting jobs because, secretly, she thought these jobs were as good as it could get for her.

She moved to the city just down the street from her small town because, for her, that meant she had achieved something.

She passed up on auditioning for bigger roles because she didn’t believe she had a chance of landing them.

For Crystal, Hollywood was always a dream, but it wasn’t the kind of dream that would come true for someone like her. She’s never fully believed that she can make it in Hollywood, and so she never will.

Crystal’s glass ceiling is built out of her limiting beliefs.

These are the beliefs she has about herself and her world that hold her back.

She believes that successful actresses in Hollywood don’t come from small towns.

She believes that she doesn’t have the right look to succeed in Hollywood.

And there are hundreds of other things she believes that hold her back.

She would probably never say any of these things out loud. She might not even recognize that she’s thinking them. But, deep down, they’re there and they’re holding her back.

We all have limiting beliefs that shape what we think is possible for us.

You might not want to become a famous actress, but I guarantee that you have limiting beliefs keeping you from reaching your goals.

Maybe you believe that you’re too young for success, or you’re too old to start again.

Maybe you believe that there’s no way for someone like you to escape the rat race.

Maybe you believe that you’re average at your job, or that you don’t have the right background or experience.

Whatever your limiting beliefs are, they’re holding you back.

In his excellent book, The Big Leap, clinical psychologist, Gay Hendricks, explains that the limiting beliefs we have not only hold us back from reaching our full potential but actively sabotage our attempts to find success in life.

This explains why, according to Hendricks, when something good happens to us in one area of our lives, we often do things that are destructive in other areas.

For example, after winning the employee of the month award at work, you might come home and pick a fight with your husband. Or, after making a big sale, you get a speeding ticket.

On the surface, these events don’t seem related. After all, there’s probably a perfectly reasonable explanation for the fight you have with your husband. And there’s no way making a sale could lead to a speeding ticket, right?

According to Hendricks, your mind will do anything to keep you at the level it has been programmed for.

This principle is sometimes referred to as the principle of your internal thermostat.

The idea is that, just like how a thermostat regulates the temperature in your home, so also your brain regulates your level of success. If the temperature dips too low in the winter, your furnace will automatically start up and bring your house back to the right temperature. Similarly, if your home becomes too hot in the summer, the thermostat sends a signal for the air conditioner to kick in and bring the temperature back down to where it’s supposed to be.

Just like programming a thermostat, what you believe about yourself and your world programs your brain for the level of success it will work to maintain in your life.

This is an automatic process; it happens without you being conscious of it.

When you achieve success that rises above what you’ve programmed yourself for, your brain will regulate this success by bringing you back to the level you’ve previously set.

Whether it’s picking a fight, getting a speeding ticket, sleeping through a meeting, or any other number of destructive behaviors, these are the ways your brain tries to maintain homeostasis.

If you can push it just a smidge higher each and every day, you will be surprised how fast your life turns around.

Now, I realize that raising your glass ceiling is much easier said than done.

This is, at least in part, because your glass ceiling resides in your unconscious.

The psychiatrist, David Hawkins, has explained it like this: “The unconscious will allow us to have only what we believe we deserve. If we have a small view of ourselves, then what we deserve is poverty. And our unconscious will see to it that we have that actuality.”

Hawkins is right. The vast majority of what we do and what we think is operated by our subconscious selves.

Some think that as much as 95% of everything we do, say, and think comes from our subconscious.

But simply being aware of the glass ceiling and the fact that raising it is possible is the most important first step.

When you do start raising that glass ceiling, that’s when you can begin to see the effects of your glass ceiling in your life.

You can begin to catch yourself when limiting thoughts pop into your head seemingly out of nowhere.

You can interrogate those thoughts and figure out where they come from.

What limiting beliefs are sitting in your unconscious that produced them?

And, just like pulling weeds, you can use the bits above the surface to trace them down to their roots.

If you start doing this, you will not be able to help but make serious progress toward your goals.

Necessary But Not Sufficient

However, it’s important to remember that, while raising your level of belief is necessary for success, it isn’t sufficient.

In other words, you will not find success without a raised glass ceiling, but simply raising the ceiling will not automatically bring you success. You need to pair your raised ceiling with the other Laws of Success.