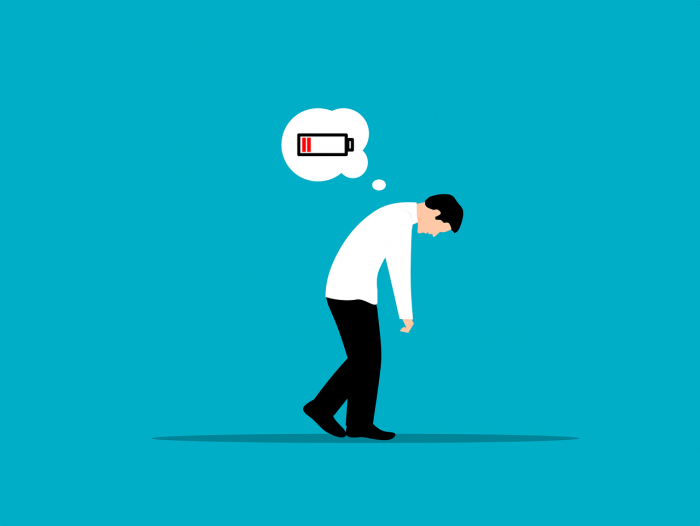 When you don’t have motivation, you won’t make the progress toward your goals you want to make, and your productivity will tank.

But, there’s a very simple 5 Second Rule that you can use to give yourself more motivation practically on command.

In the middle of dinner, my 5-year-old suddenly dove off his chair, crashing into his brother and belly flopping on the floor.

“What are you doing—are you okay?!” my wife and I both shouted in unison.

Then, from behind the table, I saw a marker-stained hand emerge holding a piece of chicken.

Next, I see my son’s proud face appear as he stood up and walked triumphantly back to his seat.

“What was that all about?” I asked when he had taken his seat.

“The 5-second rule,” he said mater-of-factly.

Of course, he was referring to the universally accepted rule that states food that has fallen on the floor can still be eaten, provided it does not remain on the floor for more than five seconds.

He had dropped his chicken, and he knew that he had to act quickly if he wanted to pick it up before his 5-second window closed.

So he committed to it, dove for it, and was successful

He was decisive. And that’s why he succeeded.

I was proud of him for that.

WANT TO LEARN YOUR PROCRASTINATION PERSONALITY? CLICK HERE TO GET STARTED.

Now, imagine for a minute with me a slightly different scenario in which my son acted differently.

Imagine if, instead of immediately diving for his mangled meat, he sat on his seat for another 10 minutes wondering if he should pick up the chicken at all.

He could have thought about whether he really needed to pick up the chicken (maybe nobody noticed… maybe mom will do it after supper…).

He could have contemplated whether it was really worth the time and effort to pick it up (he could just ask for more from the serving plate).

Or he could have thought about all the possible ways to pick it up—maybe he could reach it with his foot, or maybe he could ask his brother to bend down and get it.

It wouldn’t have been that hard for him to spend a full ten minutes contemplating his decision.

But, of course, by then it would have been too late. His 5-second window would be slammed shut.

What Does This Have to Do with You?

Now, if you’re thinking this is all a bit silly, you’re right.

But consider this: most of us do this very thing all the time.

Most of us take forever to make decisions—and many of us won’t make them at all, if we think we can get away with it.

We spend an unbelievable amount of time wondering whether we should apply for that new position, tell our crush that we like them, or buy that expensive pair of shoes.

And that kills any motivation you might have had.

If my son had sat at the table contemplating whether or not to pick up the chicken, he wouldn’t have done it.

But he didn’t have time to think. He only had 5 seconds to act.

Now, most of us probably aren’t working with 5-second windows of time, but every opportunity will expire at some point. Sometimes later, and sometimes much, much sooner than we expect.

If you spend too much time weighing your options and contemplating every alternative scenario, you’ll find that your motivation tank runs dry.

But, if you commit now to living by the 5 second rule, you’ll find that you have more and more motivation as day after day.

So, the next time you have a decision to make, use the 5 second rule, make a decision and take action.

And get yourself more motivation today.