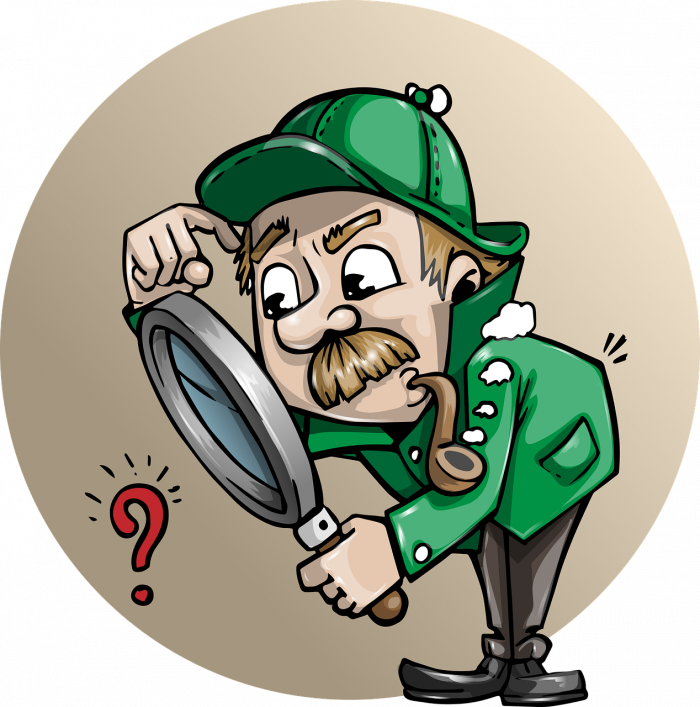 There’s a productivity secret hiding in plain sight that you must know about, if you want to achieve serious levels of productivity in your life.

It’s not a secret “formula” or a “weird trick.”

And it’s not a secret “system” or “mindset.”

The productivity secret hiding in plain sight is simpler than that.

It’s a secret principle that all the most productive people use to think about productivity.

And, to figure out what this productivity secret is, let’s have a look at the most famous detective in the history of detecting: Sherlock Holmes.

Everybody’s heard of Sherlock Holmes, but few people have actually read the massive Arthur Conan Doyle collection. (It does happen to be available on Audible, in case you’re interested. And it’s narrated by Stephen Fry.)

Anyway, I, along with millions of other people, have been captivated by Sherlock’s eccentric genius.

And if you’re familiar with the stories at all, you might have noticed something very interesting about Sherlock: he doesn’t follow a formula; he doesn’t use a procedure; he doesn’t even put the same amount of effort into every case.

Sometimes he’ll solve a case simply by interviewing his client.

Sometimes he’ll send off a few telegrams for information, but then solve the entire case from the comfort of 221B Baker St.

Other times, he’ll go to the crime scene itself, scouring every inch for clues.

Sometimes he’ll even go far afield searching high and low for that elusive clue that will tie everything together.

He does not have a step-by-step system for solving cases, big or small. His approach to each case is different, depending on what that particular case requires.

You see, hidden in plain sight, Sherlock is pointing us to one of the most important rules of productivity: each case will determine for itself the right procedure.

Step-by-Step Instructions can be Dangerous

Most people want to know the exact step-by-step directions to become more productive.

They take a vending machine approach to productivity: put in your money, push the button, and wait for productivity to spit out at the bottom.

Looking for a predictable, step-by-step productivity formula is dangerous because it ignores the very heart of what it means to be productive.

This means your productivity will depend almost entirely on how well you’re able to map your unique gifts, talents, and personality with the unique circumstances of your particular life.

That’s not something that can ever be reduced to a formula.

LEARN THE 10 THINGS THE MOST PRODUCTIVE PEOPLE DO EVERY DAY

The Productivity Secret that will Separate You from the Pack

One of the skills that Sherlock had that separated him from everyone else was the ability to know which steps to take in each case to solve it. He was able to look at each case individually and make the right moves based on what that particular case required.

And that’s the same skill needed to become ultra-productive. It’s not about a set of rules or a standard procedure. It is about developing the skill of making correct decisions in the right moments, looking in the right places for the right clues, and focusing on the right things in the right contexts.

This is not an easy skill. But it is possible for anyone to develop it, if they’re willing to put in just a little effort.

And helping you develop that skill is what I’m all about.

So, if you’re interested in finding out more about this productivity secret and how you can apply it in your life, enter your email address below and let’s get in touch!