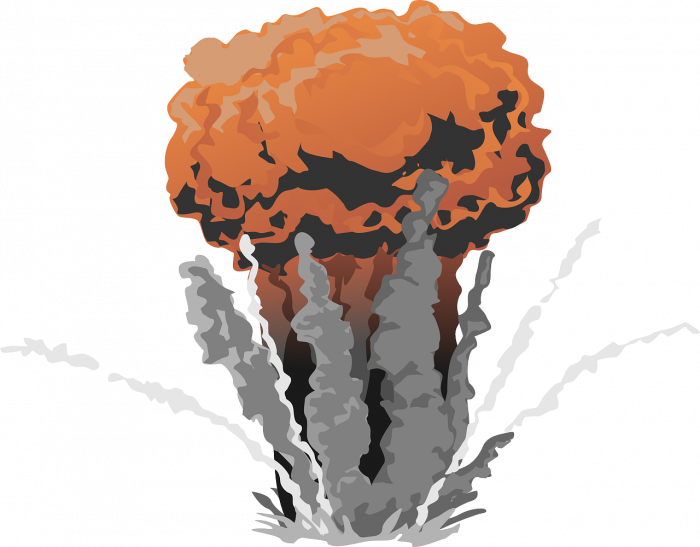 Productivity is a war. And it’s important to know that. Otherwise, one day you’ll find yourself standing face-to-face with the enemy totally unprepared.

And you definitely don’t want that.

But it’s also important to know that, when you try to become more productive, you’re engaging in a particular kind of war. And that’s what this article is about. Hopefully, it can help you make sure you’re prepared when you find yourself surrounded out on the battlefield. Because it’s only a matter of time before you are.

A while back, one of my friends explained to me the concept of asymmetric warfare. I have to admit, I had never heard this phrase before. But, as soon as he began going into detail about it, I immediately knew he was describing the productivity war we’re all in (whether we know it or not).

Asymmetric warfare refers to warfare between two sides that differ significantly in abilities or tactics. So, for example, when the US army fights a group of insurgents, that’s asymmetric warfare. Each side has different principles, strategies, and ideas about how to fight and what victory means.

Asymmetric warfare is challenging because there’s so much that’s unpredictable. Your opponent thinks so differently than you that you can’t guess what they’re going to do. And, even if you could, you probably don’t have the skills or equipment needed to stop them.

That’s not an ideal situation to be in.

In a way, productivity is about asymmetric warfare. We all face resistance—a force working against us, tempting us with distractions and ready-made excuses.

When we face a head-on assault by the enemy, we find ourselves standing there shell-shocked, clutching our trusty planners, calendars, and apps.

The reality is that these tools might be useful, but they aren’t enough. The forces we’re fighting are using strategies and tactics that the best planner in the world can’t combat. It’s like trying to fend off a drone strike with a box of toothpicks.

It’s not going to end well.

Tilting the Scales of the Productivity War

The secret to success in asymmetric warfare is actually pretty simple: You need to tilt the scales of the asymmetry.

This means you need to think about the war at a much higher level. It’s not about tactics. No, no, no. It’s about getting clear about the principles and higher-order strategies you will employ.

That’s how you tip the scales of asymmetry to your advantage.

When it comes to the productivity war, this means getting clear about what you’re trying to accomplish and exactly how you can deploy the tools you have to accomplish your objective.

You need strategies that are ready-made for the unique terrain of the procrastination battle.

This means you have to prepare yourself to deal with the emotional turbulence that undoes even the strongest defenses.

Then, based on the clear principles and strategies you’ve established, you will need tactics that guard against the assaults on your motivation.

Only then will you have a shot at winning the war and achieving unbelievable levels of productivity.

Always remember: The tools and strategies at your disposal are not designed for the war you are actually need in.

The “experts” out there who keep preaching about tools and tactics don’t realize this. They think that all you need is one more app or “system” and all the resistance you face will just melt away.

But it doesn’t work that way. The tools and tactics you use will never make a serious difference if you have a faulty strategy, or if your strategy isn’t based on firm principles.

So, remember: Productivity is war. And it’s up to you to decide how you will fight.