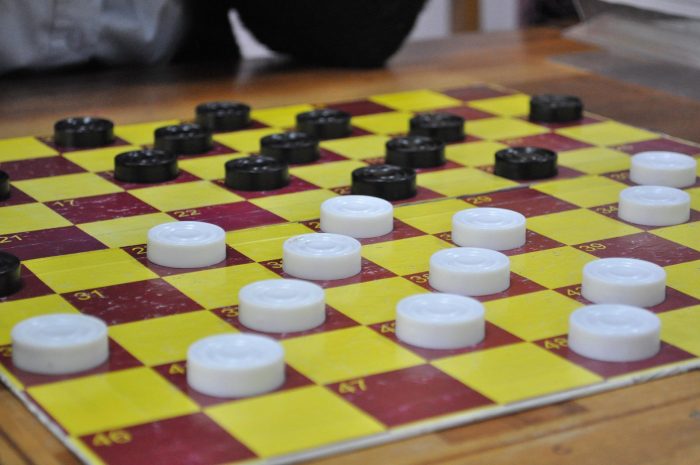 The question you will need to answer at some point, if you want to become more productive, is this: Are you playing the productivity game that’s right for you?

Related Article: The First Stet to a More Productive Life

Even though chess and checkers can be played on the same board, they are very different games.

They have different pieces, rules and strategies.

And because chess has a more complex set of rules, it is generally considered to be the more difficult (and superior) game.

So, when coach Bill Belichick and quarterback Tom Brady combined to establish a nearly 20-year dynasty in New England, you would often hear commentators say that they were playing chess when their opponents were playing checkers.

And when Kobe Bryant wanted to tell everyone how good he was at basketball, he said, “These young guys are playing checkers. I’m out there playing chess.”

The point here is that the Patriots and Kobe were better than their opponents because they were thinking at a higher level.

And we all understand this point because we all recognize that chess is more complex than checkers, requiring a greater level of strategic and long-term thinking.

Checkers, on the other hand, is typically seen as simple and straightforward in comparison.

The implication is that the chess player is superior to the checkers player.

FIND OUT YOUR PROCRASTINATION PERSONALITY HERE

It’s definitely true to say that chess is more complex. After all, there are more possible move combinations, a greater diversity of pieces, and far more rules in the game.

In checkers, all the pieces are the same, and there are fewer possible moves one can make in the game.

But that doesn’t necessarily mean that a chess player is superior to the checkers player.

The fact is that chess and checkers are two very different games.

While chess is a game of math, precision, and strategic thinking, Marion Franklin Tinsley (the greatest checker-player of all time) described checkers as “a deep, simple, elegant game,” in which two players are “like two artists collaborating on a work of art.”

Both are difficult to master. But they require different skills.

Here’s the thing: When it comes to productivity, a lot of us idolize the chess players.

We see the complex systems and ruthless rules many of the productive people work with, and we think that’s “the way” to be productive.

We think that the complex, elaborate systems these people use necessarily makes them superior to us.

But the truth is that chess is not necessarily the best game in town.

Checkers, with its simplicity and elegance, might actually be the right game for you.

And if it is, it means you’ll need to change the game you’re playing.

Checkers is My Productivity Game

In a lot of ways, I approach productivity like checkers, not chess.

It’s an entirely different game than most people are trying (and mostly failing) to play.

Yet, for most people, I believe it’s the game they should be playing.

It’s not that complex, but its simplicity is its beauty.

Why not try to play a simpler productivity game—a game you might actually win?